How you organize people’s shared potential into a competitive advantage? Support them with data, solve their oddity on business and encourage their creativity. Tech Cloud ERP’s Business Intelligence enables your teams to do work faster and smarter, by choosing a seamless experience. Users can feel easy collaboration, security and governance by preparing analytics, building data fields and dashboards, single click publishing & sharing the data.

Tech Cloud ERP’s BI Tool is a fully hosted solution, so users can run it in minutes and add users as you needs grow without configuring servers, managing software upgrades etc.

Our Business Intelligence tool meets your self-service and business analytics perfectly. Explore how industry-leading AI and continuous user-specific innovation help you to turn the data into visions across your business at scale.

What can be done with Tech Cloud ERP’s Business Intelligence:

Discover on your own

Simply find what you want by filtering and grouping your business data. Yes, it is possible without writing a single line of SQL or depending on others. Create an attractive & insightful reports and dashboards with a simple drag-and-drop interface. Use our powerful visualization tool to uncover business insights and drill down to specifics.

With just a single click, see detailed records and make connections between your data, so you can move from who, to what easily. Seamlessly combine data from different database to create functional reports and bring your data to life to unleash your business potentials.

Tech Cloud ERP’s Business Intelligence, transform your data to the attractive graphs and charts in a few steps.

Our Business Intelligence Tool provides a real-time sight of your company’s data. This Activity helps the users in your company to find an answer, to start their own assessments or to expand existing questions. 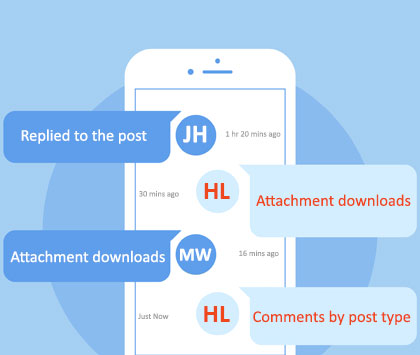 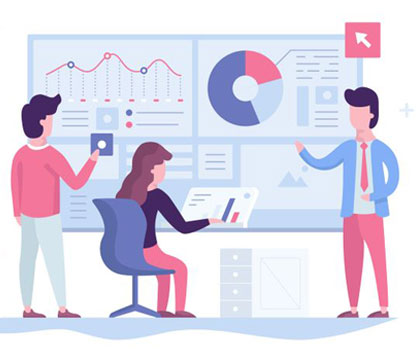 Every user have the dashboard according to his/her own level of access. This type of approach help admins to share one mutual set of dashboard to users with different levels of access.

Creators are nothing but, any person from your organization connects to sources of business data and put that data into some hosted solution. Your company’s teams can likely create reports and distribute them through email/drive etc. With Tech Cloud ERP’s BI Tool, your creators will provide meaning and purpose out of raw data. Creators will conduct complex analysis with stylishness and speed, finally delivers delightful results. And publish their visualizations and data sources to the organization, authorizing others to do their jobs better than ever before. These teams need a powerful analytics stage to help them unlock their potential to determine transformative insights.

Our BI viewer is a type of role, which helps you to scale the analytics from all sides of your organization. In future, your viewers will use the Tech Cloud ERP’s BI platform to back up their perception with facts and make data-driven results based on our dynamic dashboards which are created by your Creators and Explorers. Viewers can communicate with the dashboards and data visualizations to inform their choices and put data at the center of every business meeting. Using our BI dynamic dashboards and workbooks across your company will order the way your teams interrelate with the data, by giving the security to your data.

Explorers – Your modern business users. Explorers are not analyst, but handle the data easily. Explorer look ahead to move their businesses forward and need enquiry to the data to find answers to their own questions. In our BI Tool, Explorers build their own workbooks using published data sources and also explore their work with existing workbooks and dashboards. Explorers ask questions and also answer the questions which haven’t answered in the early round of reporting. With our BI explorers, your team will explore the data and be in touch with the analytical flow.

In any business intelligence, Reporting is an introduction part that focus on visualizing the data with the different formats like graphs, tables, charts etc. Visualizations within the context of reporting are a graphical representation of data, the goal of which is to accurately present information in a form that is digestible to end users. Unlike in the past, visualizations are created for the reason of reporting were static, means data can’t be operated on the visualization itself. As the needs of business have changed over time, so reporting has too evolved. In this fast changing business cycles today, the more and more interactivity has become essential to take fast decisions.
Data manipulation, such as drilling down to different semantic layers of data, slicing and dicing of information through sorting and filtering, and a vast array of others, which in the past was reserved only for technically experienced data analysts and scientists, can now be put in the hands of non-technical end users either through an external tool or within an application itself.
In recent years, end user interactivity has been taken a step further with adhoc reporting. Adhoc reporting allows end users to create reports from scratch as well as further edit and manipulate pre-built or canned reports. The ability to create, edit and save reports for future use has empowered end users more than ever before allowing for quicker visualization of pertinent business data.
More advanced reporting systems allow for paginated reports, pixel perfect reports, as well as a variety of delivery methods meant to make development teams and administrative staff’s life easier. Paginated reports are reports that are separated into different pages allowing them to be easily printed. Pixel perfect reports are reports where each individual element of the report can be customized down to the pixel level in both size and location and are often used for situations which require detail perfect reports such as tax or regulatory documents.
Another large part of reporting is the ability to deliver reports in a variety of different formats, such as the ability to export to .pdf, .csv or excel, send via email, or upload to FTP as well as many others. The ability schedule reports to run at a given time or time period is also an important feature which allows teams to run and send reports without manual creation or intervention. Report bursting is another essential feature of enterprise reporting where a single report can be sent to multiple users with different levels of data permission allowing them to receive a report customized to the data they need to are allowed to see, this saves the time and energy needed to create individual reports for every person with a different permission set.

The Goal of Reporting in BI

Any business intelligence goal should be defined as enabling the ability to see, analyze, understand and make critical decisions on data. The goal of business intelligence reporting is to enable end-users to observe detail level data in a way that it can be analyzed and understood giving users the ability to turn data into actionable information.
An example of this in action would be a simple sales report. A sales report may include rows that present the different names of account managers or sales representatives and columns which present different sales data such as total orders to date, units sold, units shipped, total revenue, a percentage of quota attained to date. If a report is created in a way which allows for easy analysis the data presented in this report can be analyzed for decision-making purposes, allowing for a sales manager, for example, to discuss potential future orders with reps that have low revenue to date.
Reporting is an early step in the process of data processing. It presents data in an interactive fashion to turn it into actionable information. There can be many levels of interactivity within a report such as the ability to drill down, sort, and filter, as well as additional capabilities such as self-service editing which allows you to further explore your data for more insights. Business intelligence reporting is most beneficial when it is designed to help track and measure your strategic business goals. Other use cases for reporting tools include tracking key performance indicators, maintaining regulatory compliance, or even measuring goals between different departments or applications. 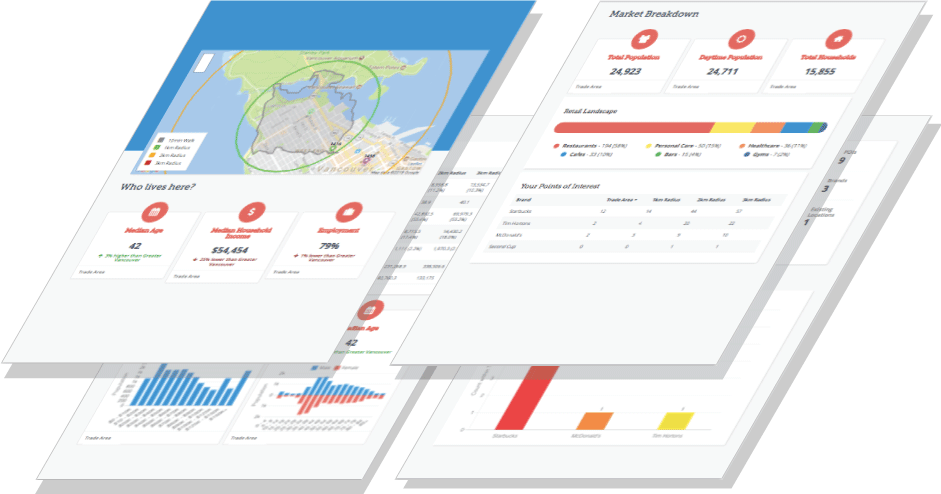 The Benefits of BI Reporting

As mentioned the main goal of business intelligence reporting is to make data easy to understand so that accurate analysis can be efficiently carried out. Reporting is a necessary prerequisite of the analysis stage. BI collects and presents data that is ready to be analyzed. Data also includes historical information that cannot be traced over time. Business Intelligence reporting empowers the end-users with the information to become experts in their corresponding area of business. Also, underlying figures in reports can be presented to backup actions and explain decision making behaviors.

How Does BI Reporting Work?

Tech Cloud ERP's embedded analytics solution features all the tools you would expect from an enterprise BI reporting solution, with the added ability to be embedded within other applications. The main use case of our report is to enable software vendors to embed analytics into their own applications. Software providers often provide embedded BI to their users as a competitive advantage by empowering users to analyze significant amounts of data on the fly with little to no help from IT.
TOP